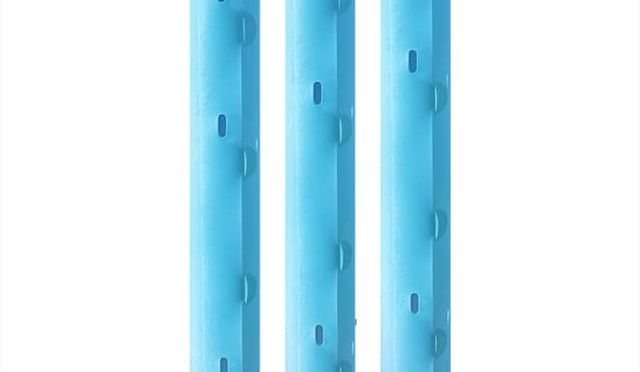 Over the last 10 years, the use of grow tubes has become popular and fairly widespread among vineyard growers throughout the United States. Grow tubes allow the vine to get off to a quick start by promoting rapid upright growth without the use of stakes. Likewise, during dry periods, they can provide moisture at the grow tube base by capturing normal condensation. In doing so, the added moisture aids in the initial establishment of the vine. The tubes also added protection to young vines from pests such as rabbits and deer. If you are a new grower, the most advantageous quality of grow tubes is to reduce the dangers to the vine when applying herbicides.

Grow tubes are available in many different shapes and sizes. Some tubes are preassembled while some require assembly. The cost of these tubes is a significant factor because plant densities range from 500 to 1500 plants per acre. Moreover, the life expectancy of the grow tubes are only 3-5 seasons. Tubes are available in several Heights from 18 to 36 inches. Some of the costs are are offset by the fact that they allow the grower to reduce labor costs associated with vine training and eliminating the need for individual fine stakes

Growth rates of almost 2 inches per day have been reported with the use of grow tubes. This rapid growth is significant because the faster the vines get up to the fruiting wire, the faster the vine can be allowed to produce. Internode length is often longer inside the tube. This can result in fewer water sprouts in later years, further reducing future labor costs.

Grow tubes create a multitude of benefits for vine establishment. As we pointed out, they encourage upright growth and speed the growth process. In addition, grow tubes offer protection against physical damage from the wind and small mammals. They also protect young plants from herbicide dangers used in weed control.